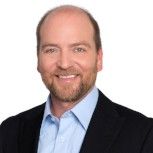 Rick Garcia rejoined the Catholic Charities as the Catholic Charities CCCYO Camp and Retreat Center Director in August 2015. Prior to Rick’s return to CCCYO Camp, he worked for the American Camp Association where he held the role of Membership and Accreditation Manager for the ACA Southern California/Hawaii field office. In addition, he was a member of the 24-hour ACA camp crisis hotline which is available to all ACA camps nationwide, 365 days a year. From 2007 to 2012, Rick was the Associate Director at Catholic Charities CYO Camp. Prior to 2007, Rick was the Executive Director for the Graton Day Labor Center in west Sonoma County. From 1999 to 2007, he was the Director for the Society of St. Vincent De Paul Council of Los Angeles / Circle V Ranch Camp in Santa Barbara which serves underprivileged children from throughout Southern California.