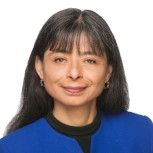 Jilma is a graduate of the University of California, Berkeley and Lewis and Clark Law School in Portland, Oregon where she began a distinguished career in higher education.  In conjunction with her most recent role as Chief Operating Officer and Chief General Counsel at Concordia University, she served as the Dean of the Concordia University School of Law. Prior to joining Concordia University, Jilma served in executive leadership roles at several high profile institutions, including as Chief Diversity Officer at Portland State University and Director of Risk Management at Oregon Health Science University (OHSU).  In addition to sitting on the board of many nonprofits, she is the founder of the non-profit Our Family in Africa, which serves orphans in the Democratic Republic of Congo by providing humanitarian aid and opportunities to children orphaned by war, genocide, and disease. She was the organization’s Chief Executive Officer and Counsel from its inception in 2002 until 2015.