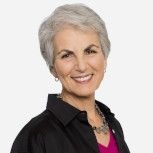 Lynn Robinson is a licensed Psychotherapist and has been practicing for over 25 years. She received her M.A. in Counseling and Somatic Psychotherapy from John F. Kennedy University and did her post-graduate training in Hakomi, EFT, and Matrix Re-imprinting. Lynn trained with the Shanti Project during the worst of the HIV/AIDS epidemic, volunteering in the San Francisco community while attending graduate school. During graduate school, she made her decision to make grief, loss, and trauma the focus of her work. Lynn was part of the start-up team that launched Leland House Community. She re-established Catholic Charities Behavioral Health Services of San Francisco in 2000. In 2003 Lynn took a sabbatical and spent six months in Soweto, South Africa serving various communities affected by HIV/AIDS. When she returned, Lynn was briefly Program Director at Guerrero House before coming back to Catholic Charities Leland House Community as the Clinical Director. Lynn has a private practice in Marin County.