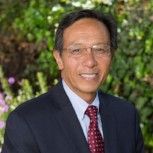 Theodore (Ted) joined the Board in 2015 and was Catholic Charities Interim Chief Executive Officer from November 2021 - July 2022. Ted served as Assistant General Counsel, Employment and Benefits Law at McKesson Corporation. Before joining McKesson, Ted was Vice President, Employment and Benefits Law Group at Sun Microsystems Inc. He also served as Labor Counsel at Lockheed Missiles and Space as well as at Kaiser Aluminum & Chemical Corporation.

Ted received his law degree at the University of California, Berkeley School of Law, and his undergraduate degree at San Francisco State University. He is a Fellow at the College of Labor and Employment Lawyers and he serves on several independent committees, including the Employers Group, the Bar Association of San Francisco, and the Association of Corporate Counsel.