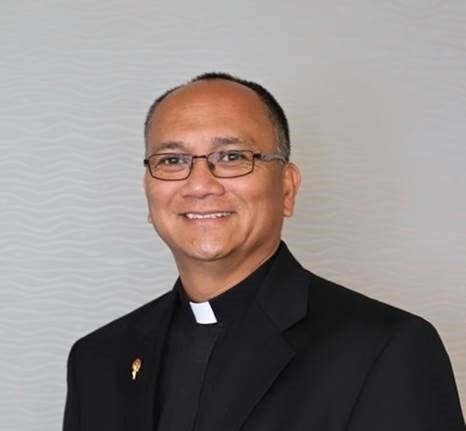 Reverend Raymund Reyes was ordained a priest on December 8, 1988 for the Archdiocese of San Fernando, in Pampanga. In 1998, he immigrated to the United States with his family, a privilege granted to his family after his father's naturalization as an American citizen for fighting alongside U.S. troops during World War II.

Reverent Reyes has been serving the Archdiocese of San Francisco since 1998 when he was assigned to serve as a parochial vicar of St. Patrick's Church in the South of Market District. He has continued his dedication to the Bay Area at St. Isabella Church in San Rafael and St. Anne of the Sunset and St. Augustine Churches in San Francisco.