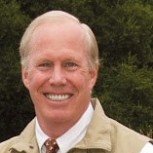 Steven E. Kane is a Human Resources expert widely quoted by the national media on workplace practices.  He is chair of the Board of Trustees of the East Bay Zoological Society which operates the Oakland Zoo as well as board chair of the Peninsula Conflict Resolution Center, a community engagement nonprofit. Kane also serves as an Arbitrator for the U.S. Federal Mediation and Conciliation Service. He was the Senior Vice President of Legal and Human Resources at Neoforma, Inc. after retiring from Baxter International Inc., where he held a variety of senior legal and human resources roles, including as an Associate General Counsel, Vice President of Corporate and Government Affairs, Vice President of Compensation and Group Human Resources Vice President. Before its merger with Baxter, Kane worked as the Director of the Employee Relations Division of American Hospital Supply Corporation. He has given guidance testimony to Congress on employment law matters. Kane is the former chair of and serves on the Human Resources Steering Committee for Cornell University and on the Dean’s Advisory Council for its School of Industrial and Labor Relations. He is a member of the American, Ohio and Texas Bar Associations. Kane received a juris doctor from the University of Akron, a master of business administration from Cornell’s Johnson School, and an undergraduate degree from the School of Industrial and Labor Relations at Cornell.